Living “Outside” of the Box 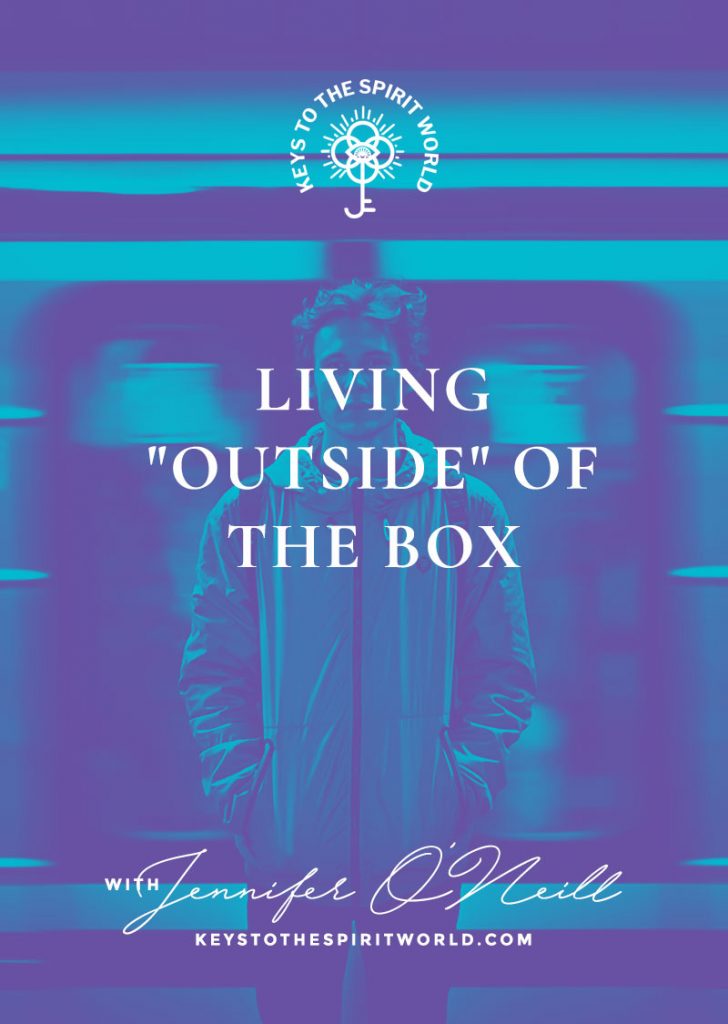 What was once supposedly working for people for the last 100-150 years or so, is no longer working. Many things happened during this time. Assembly lines were invented, and mass-production was born. Everything was in the process of becoming streamlined.

People were being over worked and underpaid. Corporations grew larger and richer, and people became numbers. Creativity was stifled and whoever had the best output or numbers was promoted. So what has changed in the twentieth century? NOT MUCH! Fast-forward to today and you will find nothing much has really changed except for the items which are now being mass-produced. Oh, and computers of course. The digital age is upon us. However, the work concept, and way of living is entirely the same for most people. It goes something like this:

The industrial age is over and the digital age is upon us. Yet people are still excited to work for big production companies and corporations, as they seek “job security”. Oh job security! How amazing would that be? Not having to worry about getting a paycheck and going to work doing a mindless job, day after day, after day… First of all, that sounds exciting! Or more like a prison sentence. Second of all, let’s talk about job security.

It’s a joke! It doesn’t matter if you work for Ford, Coca Cola Co., your local electric company, your state office, or the Whitehouse; there is no job security. It’s a myth. Why? Because of three very important factors:

JOB SECURITY IS AN ILLUSION!

Start by asking yourself these questions:

Chances are your answer to number won will predict your answer for number two. So what does living outside of the box really mean? First of all, it means understanding a few things:

Guess who is ADAPTING? The corporations and companies that you work for. Part of this process includes eliminating the jobs of people who are no longer an asset to the company. (Most people can be replaced at a job in an average of 4 days. Can you be replaced?)

Living “outside” of the box means adapting a new mindset. It’s a different way of living and thinking. It is shifting your focus away from money, and security, to spiritual health, and happiness. What most people don’t know is that is the path to financial, and emotional security. They don’t know:

It’s a chain reaction and money is at the end of the chain. It’s a result of many other things that have nothing to do with money. However, there is a lot more to understand when it comes to this subject. In fact, so much more that I’ve written an entire book devoted to this subject called Universal Laws: 18 Powerful Laws & The Secret Behind Manifesting Your Desires which you might find useful. “Living Outside of the Box” is not for everyone, it requires you to make a commitment to yourself to change your life, for the better. This is not very easy for some people. For others, they don’t even know where to begin. So I’ve made a list of four simple rules to help you get started.

Determine what your happiness is on a scale of one to ten and commit to maintaining a five or above. Why not a ten? Because let’s be realistic, sometimes we have off days. It’s important on a regular basis for you to ask yourself, “Is this making me happy?” And it’s important to do this when decision-making. Most people underrate happiness and the overall affect it has on your life as a whole. Many people view happiness as a very enjoyable emotion, when it’s really much more than that. It’s a powerful gauge which reflects your spiritual alignment. If you would like some more suggestions on finding happiness you might want to check out my class on raising your vibration.

Find your own way. Everyone’s path, and what makes people happy can be very different. What works for others may or may not work for you. This is the time to get back in touch with yourself and who you really are on a spiritual level. Most people know themselves really well when they are younger, then as they get older they lose themselves, and loose touch with who they really are. Many times, this can be the cause of divorce or even a midlife crisis. Which brings us to the next rule.

Find out who you really are and what you’re passionate about.

Make a commitment to yourself to understand who you are better than your friends and family do. The sad truth of the matter is, most people think they do, but they don’t.

Never “work” another day in your life!

Discover what it is you are passionate about and try and figure out how to make that your job. I’m sure you’ve heard the stories about people who when asked about their job reply, “Work? I’ve never worked a day in my life!” They love what they do, so they don’t consider it work. Be that person. You have a special gift. You have a skill no one else has, it’s in your Soul DNA and it usually lies within the area of your passion. Be creative, what is your skill?

The possibilities of doing most anything you are interested in is endless, when you “Live Outside of the Box”. I’m always shocked at how many people cannot think of one thing to do with their passion. Challenge yourself, challenge your friends! I can usually rattle of ten things someone can do to make money with their passion, but you have to put effort into it! No one is going to hand you a to do list. If you need one, you’re better off staying inside the box. You have to find your creative side, you have to THINK! No more mindless working. Create, think, brainstorm, and experiment! Remember how much more fun science class was when you got to build rockets, then go outside and shoot them off? It was always much more fun than staying inside, and learning how to spot an adjective in a sentence. Boring! For those of you who are still teetering on the edge of the box, I’ve also made a list of five common myth’s that tend to hold people back and keep them from moving forward.

You must go to college to make a good living.

This is no longer the case. You need to follow your passion and desire to make a good living; everything else will fall into place. Unless of course your passion requires you to get a degree such as doctor or lawyer, then by all means, find a good college!

Working for someone else is more stable.

This is the most ridiculous thing I’ve ever heard! Working for someone else is far from stable, this was even reflected more recently with the government shutdown! Let’s be real here. A job is only as good as the company, and its growth and income. One false move by the owner or the managers, or one hiccup of the economy, can cause thousands of layoffs. Now I’m not saying owning your own business is the right move for everyone, I’m just saying, if you want to do something different, and job security is holding you back, you need to readjust your perspective.

Work is not meant to be fun.

Who said this? The people who you are working for? I’ll let you in on a little secret…work was never supposed to be work. For thousands of years’ people would become good at something, they would hone in a skill, something that they enjoyed. They would then use their skill to create a product, or they would teach other people what it was they knew how to do. Then you would trade for things you would need. So if others were not so good at growing food, they would trade for it. Or if they were not good at making clothes, they would trade for those too. Somewhere along the line these skills were given the title or label of work, and it stuck.

The economy is bad so I’m lucky to have a job.

The economy is only bad for some people, the people who do not want to adjust. If you stay at the same job you’ve had for years as people begin to get laid off and you don’t adjust, yes, there’s going to be a problem. If you see that your company is not adjusting to the customers needs, yes, this creates another problem. You know who doesn’t have a problem with the economy? Those who adjust. People who used to do well in construction, who have now branched out into remodeling, or diversified their business somehow. People who look at one door closing as an opportunity to discover another door!

If it was that easy, everyone would do it!

When you’re comfortable, fear is illuminated.

No one likes to feel fear. It’s scary!

But did you know that the feeling of fear, and the feeling of excitement are essentially the same feeling? Your brain just labels this feeling one way, or the other, according to your perspective. Well guess what, everyone is afraid at sometime or another. If you’re never afraid, something is wrong. It means you are too comfortable, and that means your “living inside of the box” because that’s where your comfort zone is.

If you ever do decide to do something different, and take a chance on seeing what is outside of the box, one person will be out there and that person is me. However, let me warn you. Once your out you’ll never go back! It’s way nicer out here… 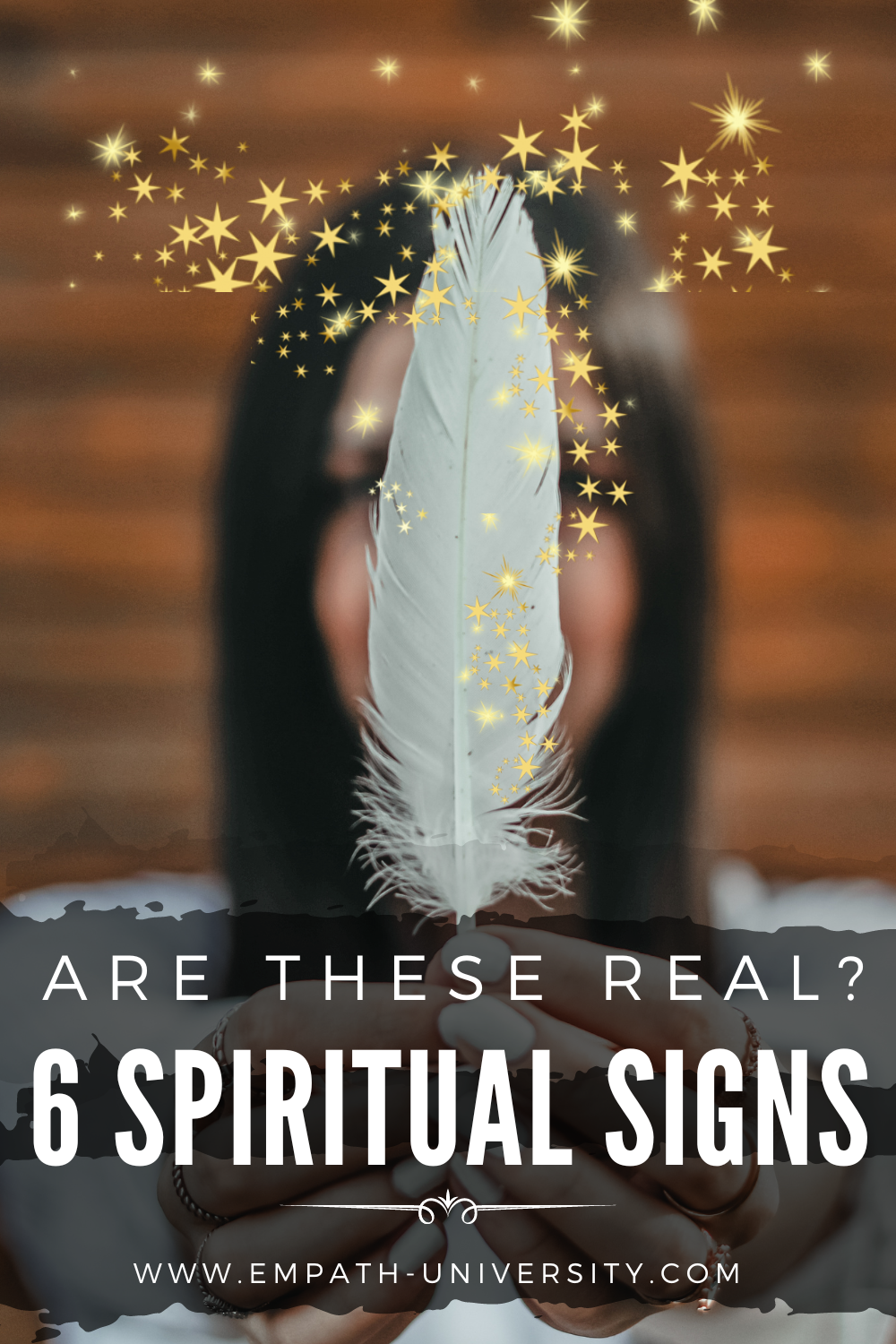 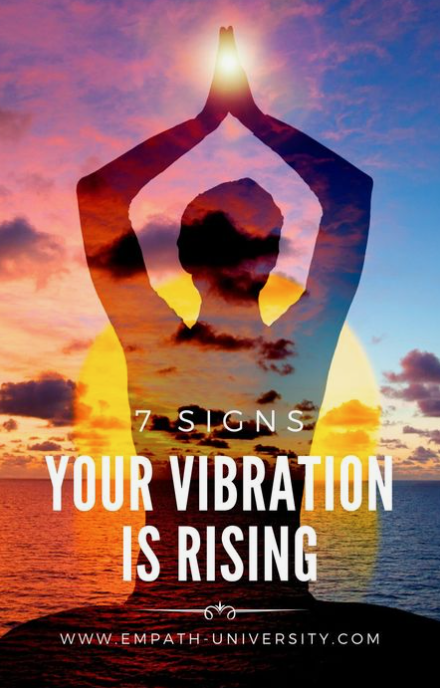 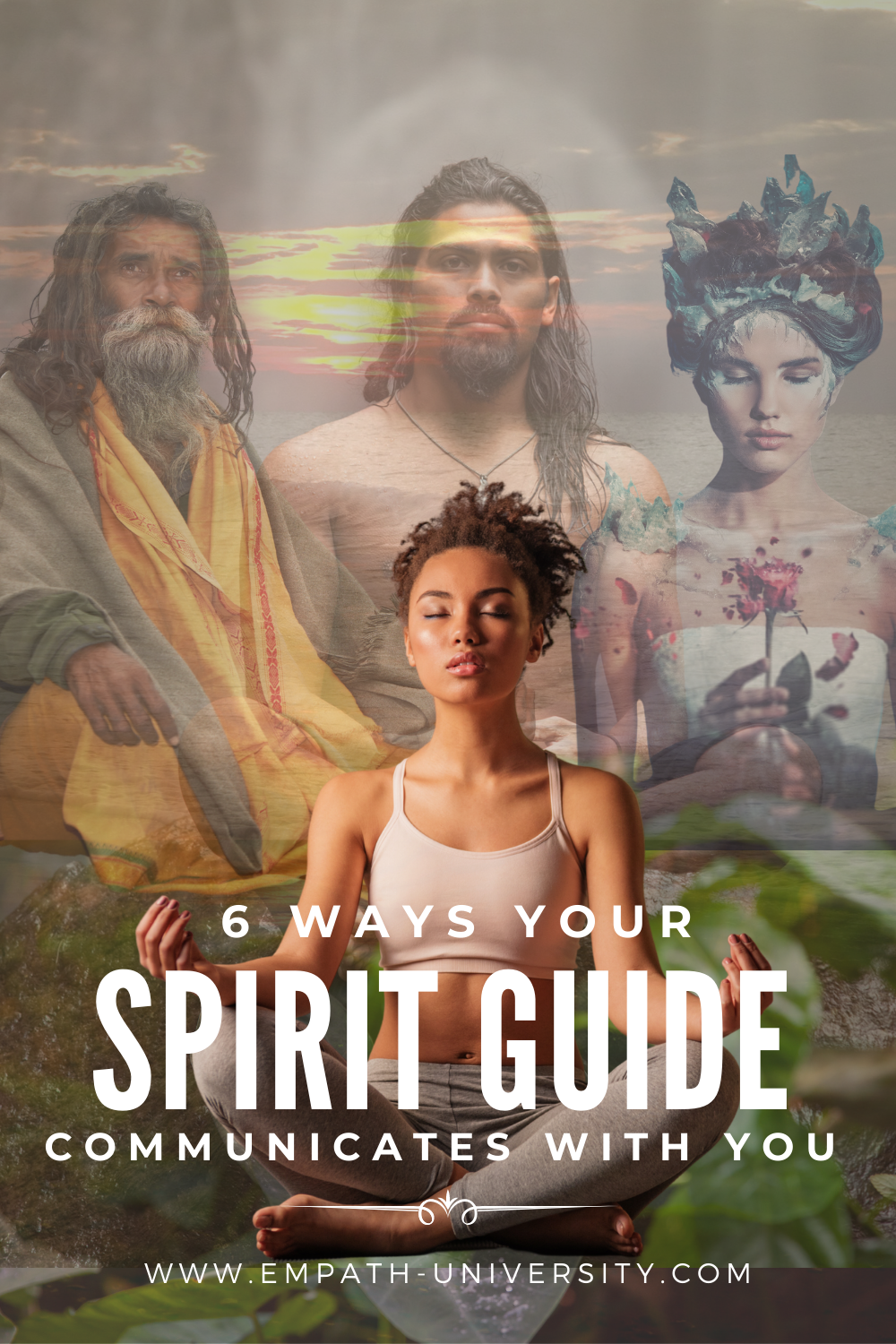 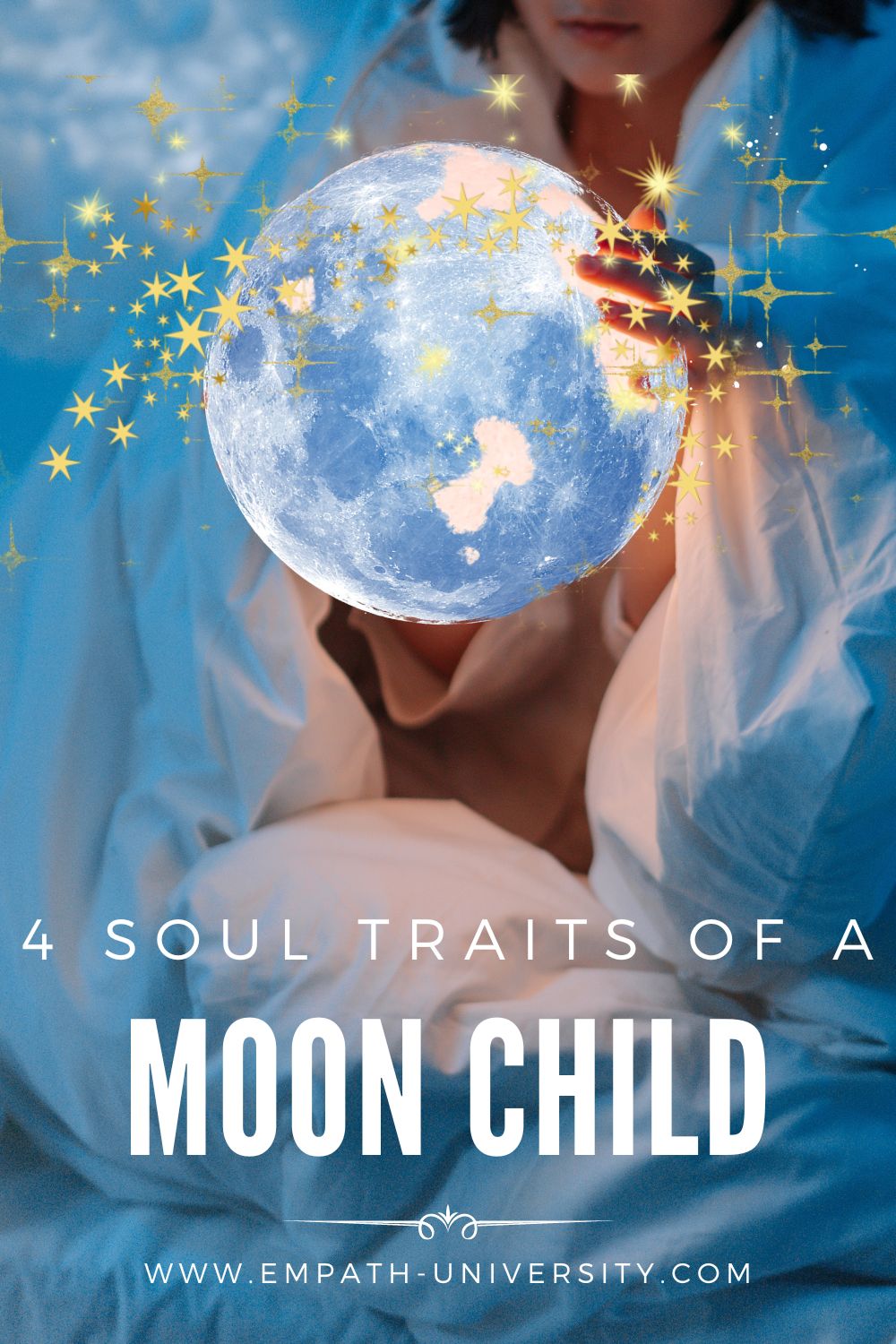